Freeport – With their high school career coming to an end, the students of Mayhem High find themselves battling it out over grades, popularity, affection, class rankings and what they all have been focused on for years . . . who will be named Prom King and Queen?

Join us as royalty will be rewarded and an innocent life will be claimed. From the preppie to the punk rocker, the spaz to the stud, the jock to the jilted—all are suspects but only one is to blame.

Can you find the culprit in this crazy madness filled with neon, naughtiness and narcissistic behavior?

Get your Prom Ticket Here! 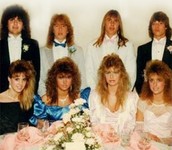 What’s Prom without dinner?Logan’s is offering a ‘Prom Dinner’ for all participants and will be serving from 3:00-6:30pm. No RSVP is necessary for dinner, but be sure to place your dinner order by 6:30pm to allow enough time to get to Prom on time!

After the mystery is solved, stay and dance into the night to the classics from the 80’s . . . ROCK ON! 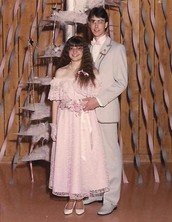 As part of the fun of the evening, we would like to display our guests’ Prom pictures. Help us out by emailing your favorite Prom picture tolaura.diemer@aquinschools.org.(If you’re still in the 80’s with your tech skills, just drop off a print at our high school campus at 1419 South Galena. We’ll scan it and give it right back to you. No questions asked!)

Pritzker Issues Most Serious Threat Yet To Bars, Restaurants That Defy Orders