On Monday night, Terry Crews was grilled over his criticism of Black Lives Matter by CNN host Don Lemon. As Gina Bontempo pointed out on Twitter: “Don Lemon did everything he could to talk over Terry and silence him as soon as they started approaching what the BLM organization is *really* about.”

So what is Black Lives Matter really about?

Many conservatives insist Black Lives Matter is a Marxist, anti-police, radical organization that wants to tear down America. Meanwhile, most liberals simply view Black Lives Matter as a heroic movement and powerful slogan signaling support for racial justice and opposition to police brutality.

Both are right. There is Black Lives Matter™️, and there is “black lives matter.”

Black Lives Matter as a broad sentiment and movement then gained national attention and name recognition after the 2014 deaths of Eric Garner and Michael Brown. Meanwhile, the official group expanded and many more local chapters formed.

No doubt, the organization itself was quite radical from the very beginning. Black Lives Matter co-founder Patrisse Cullors described herself and fellow co-founder Alicia Garza as “trained Marxists” in a recently resurfaced video from 2015.

“We actually do have an ideological frame[work],” Cullors said of her organization. “We are trained Marxists. We are super-versed on, sort of, ideological theories.”

At the local level, official Black Lives Matter chapters are essentially far-left front groups that use racial justice as a Trojan horse for leftist policy and ideology. For example, the official organization Black Lives Matter DC openly dedicates itself to “creating the conditions for Black Liberation through the abolition of systems and institutions of white supremacy, capitalism, patriarchy and colonialism.” 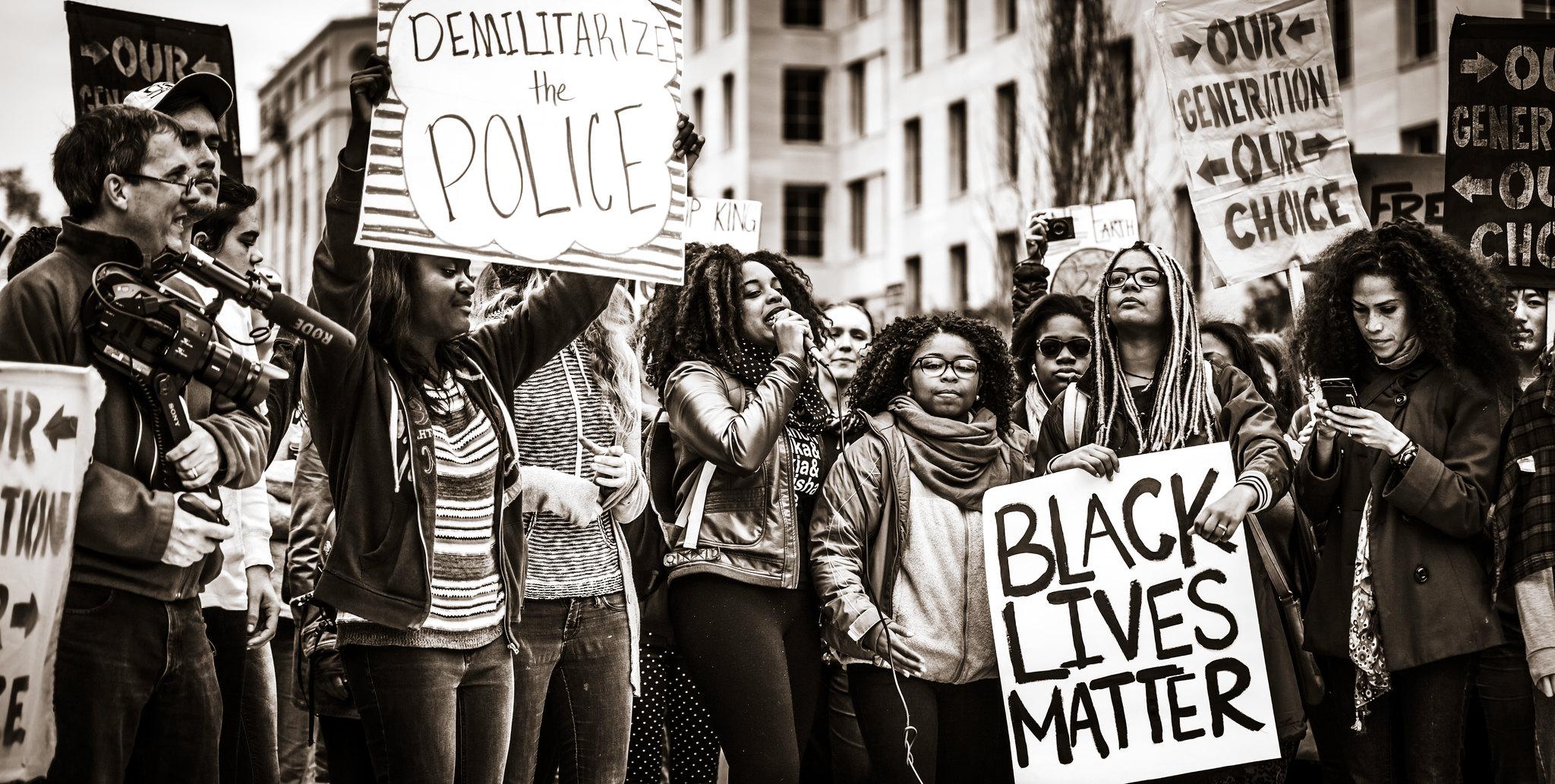 “Black Lives Matter is an openly Marxist, anti-American group,” conservative commentator Mark Levin said. “There’s no denying it. And it is fully embraced by the Democrat Party and its media and cultural surrogates.”

“You know, I know plenty of people who are for Black Lives Matter. A lot of them are nice people,” Fox News Host Tucker Carlson recently said. “I’m not mad at them. I disagree… I think Black Lives Matter is poison.”

A whopping 51 percent of the public tells pollsters they support “black lives matter.” Most of these people, I suspect, don’t even know that there is an official Black Lives Matter organization. And I’m sure hardly any of them could name Patrisse Cullors or Alicia Garza.

Whether it’s where I’m from in deep-blue Massachusetts or where I live now in Washington D.C., walking by a Black Lives Matter sign sticking out from someone’s yard is just about an everyday occurrence. After the death of George Floyd, more of my acquaintances, friends, and relatives than I could count posted #BlackLivesMatter. Many others changed their picture to a black square or otherwise signaled their support for the movement.

I can personally guarantee you that the vast majority of these people, while liberal, do not support ending capitalism or dismantling the family. Conservatives are led astray as soon as they apply their (valid) criticisms of Black Lives Matter™️ the organization to the Black Lives Matter movement and its supporters broadly. 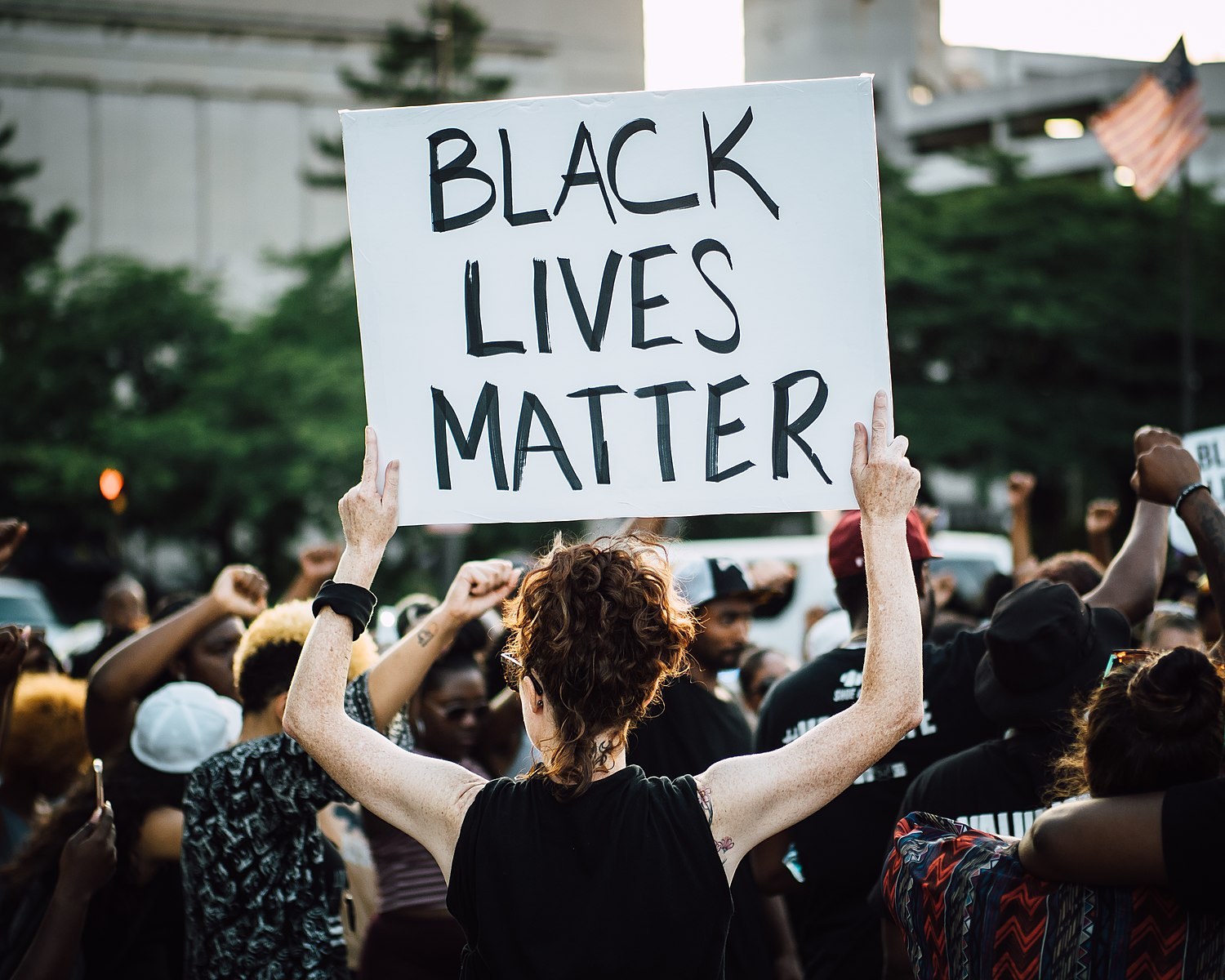 Just look at the way some on the Right responded to Sen. Mitt Romney after he attended a Washington, D.C. protest against police brutality, telling reporters he did so “to make sure that people understand that Black Lives Matter.”

Here’s a sampling of how hostile the response was from some conservative pundits on Twitter:

Even President Trump attacked Romney over it:

No matter how you feel about the conservative Mormon senator politically (and I’m far from a fan), no one can credibly argue that Romney supports destroying the nuclear family, ending capitalism, or abolishing the police.

It may well be true that in particular conservative circles, everyone is well aware of the obscure history of the Black Lives Matter founders’ Marxist roots. But the average person on the street and the average person who shares the hashtag are most certainly not. And the movement itself has become something much bigger, broader, and more benevolent than the original organization.

However, it’s by no means just conservatives who err in their approach to Black Lives Matter. For one, many on the Left fail to acknowledge at all the Marxist roots of the official Black Lives Matter organization, and thus, paint anyone who objects to the organization as racist, unthinkingly inveighing: “How could anyone not support black lives?” This kind of clever naming of a controversial movement, similar to “Antifa” supposedly standing for “anti-fascist,” makes it easy to baselessly paint critics as extreme and immoral. Yet this is a reductive oversimplification that serves only to divide.

So, too, much of the blame for the Black Lives Matter perception gap lies with liberals, Democrats, and others who support the movement for failing to adequately distance themselves from the radical organization.

For example, I visited one of my favorite coffee shops in Arlington, Virginia over the weekend. Like many a hipster coffee shop, it had a Black Lives Matter sign in the window and had a fundraiser going on for the cause as well. But I was dismayed to read the flyer and notice that the proceeds of the fundraiser were going to the official Black Lives Matter DC organization—yes, the same one that openly wants to abolish capitalism.

Now, I highly doubt that the owners of this coffee shop, even if they are progressives or Democrats, actually support Marxism. More importantly, I’m certain that most customers who donated, even in the liberal-leaning neighborhood, do not realize they are donating to a Marxist, anti-American revolutionary organization by participating in the fundraiser. But they are.

Many a mainstream liberal has signaled support for the generic “black lives matter” cause by sharing fundraisers that, if you look closely, go to official Black Lives Matter organizations that do not actually represent their views. Meanwhile, liberal-leaning media outlets such as MSNBC regularly platform official members of the Marxist Black Lives Matter movement and pass the radical activists off as within the mainstream.

From corporations to politicians to random Facebook users, Black Lives Matter supporters need to do a much better job distancing themselves from the radical organization at the root of their slogan. (Or, alternatively, they should come up with a new and different slogan that doesn’t have such malign associations.)

This lack of due diligence is lazy and irresponsible, but more importantly, it’s dangerous.

Marxism is a vicious ideology, and it’s one that is rooted in a divisive vision of irreconcilable class conflict. As important economist Ludwig Von Mises noted, “According to the Marxian view… human society is organized into classes whose interests stand in irreconcilable opposition.” Moreover, as Mises explains, Marxists believe that people’s very thoughts ought to be determined by their class and that those who differ from the prescribed worldview are class traitors.

Such a toxic and divisive ideology only fuels perpetual conflict, not progress toward reconciliation. By failing to stamp this radicalism out loudly and clearly from their side of the issue, the large majority of Black Lives Matter supporters—who simply seek reform, justice, and reconciliation—take a chainsaw to any chance of achieving common ground and consensus.

We need more of that kind of clarity in our discourse. Right now, the debate over “Black Lives Matter” is muddled and confused. Liberals and conservatives alike need to make an effort to listen and understand the other side’s perspective, not the strawman caricature of it used as a punching bag in partisan echo chambers. Until both sides take the time to understand each other, we will keep talking past each other—and any real progress or harmony will remain a fantasy.

Brad Polumbo is a libertarian-conservative journalist and the Eugene S. Thorpe Writing Fellow at the Foundation for Economic Education.

One thought on “Is Black Lives Matter Marxist? No and Yes.”